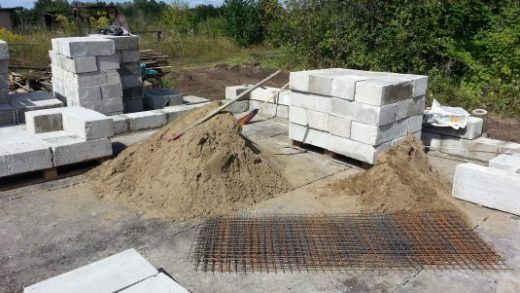 Urban storm water runoff is one of the main causes of pollution in urban freshwater systems. Storm water runoff is contaminated by the chemicals, oils, and other pollutants from roads, driveways, parking lots, rooftops, and any paved surfaces in a city. Instead of being absorbed into the ground, this water runs off the roads and into streams, rivers, and other waterways. This pollution is detrimental to the ecosystems and the quality of water surrounding cities. And in Canada—home to the largest amount of freshwater in the world—we can’t even drink the freshwater around our cities because it is highly contaminated.

Concrete suppliers in Atlantic Canada are working with the Atlantic Stormwater Initiative to test a soil and concrete infiltration system for rain water. Through this soil and aggregate filtration system, contaminated storm water will be filtered and cleaned of vehicle and urban pollutants that are commonly found in parking lots, on roads, and in cities.

These clean filtration systems involve landscaping with permeable asphalt (porous concrete), grass, and concrete pavers. The concrete pavers are filled with gravel, sod, or topsoil, and grass is planted on top. Concrete suppliers are providing pavers made with wide, porous joints. Along with concrete turf-stone pavers, and honeycombed plastic interlocking grids to fill with gravel, sod, or topsoil. Unlike regular concrete, porous concrete is not vibrated to remove the air bubbles. Instead, it is rolled gently so there are plenty of holes left to keep the concrete permeable.

How Does it Work?

These storm water infiltration systems will clean and retain storm water. They are able to hold the first 15 mm of rain during a storm. As more rain falls, the storm water will be absorbed by the surrounding soil. The absorption will prevent storm water runoff, and will work as an effective water filter to clean out harmful contaminants.

The Atlantic Stormwater Initiative is testing this filtration system at three project demonstration sites across Atlantic Canada. Specifically, in Moncton, New Brunswick, Charlottetown, Prince Edward Island, and Sydney, Nova Scotia. Hopefully, this innovative filtration system will eventually be used across the country. So long as more concrete suppliers get on board with producing permeable concrete to save our freshwater systems.