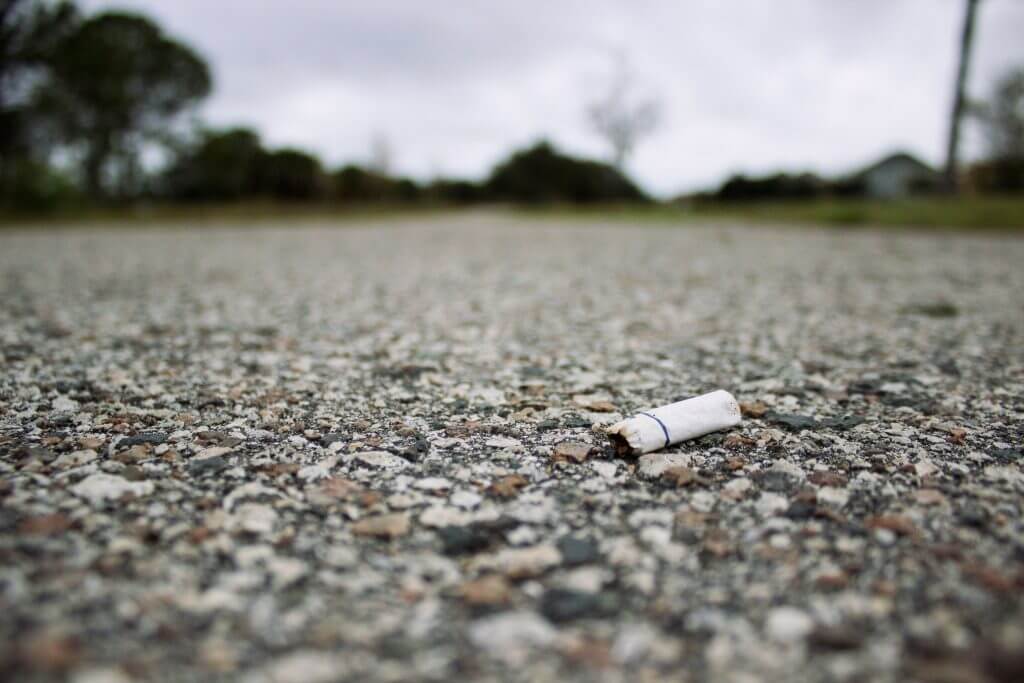 Since waste will only get worse as the global population increases, researchers are coming up with clever ways to recycle waste and help the environment. Cigarette butts are one example of waste that will only get worse over time. They litter the environment and make up a huge amount of toxic global waste. But researchers have found a way to put them to good use. By mixing cigarette butts with hot mix asphalt, this asphalt will reduce waste, trap toxins, and create a porous road surface that reduces the urban heat island effect while safely managing storm-water runoff.

How the Porous Asphalt is Made

In an effort to curb the mounting global cigarette-butt-waste problem, researchers looked for a way to reuse this waste in an environmentally friendly way. But since cigarette butts are full of harmful chemicals that pollute the environment, researchers had to make sure these chemicals wouldn’t leach out. Before adding the butts to asphalt, they first coated them with paraffin wax, and then with bitumen—a petroleum base also known as asphalt. After coating the butts, they mixed them into hot mix asphalt to create this porous asphalt for road surfaces.

Storm-water runoff is a major environmental concern, especially in urban areas. If not properly managed, stormwater runoff will pollute waterways and ecosystems by washing all the toxins, chemicals, and contaminants on pavement into nearby waterways. However, the porous road surface of this cigarette-butt hot mix asphalt can effectively manage storm-water runoff. Instead of the rain washing harmful chemicals and contaminants into waterways, the water can pass through the porous asphalt and be safely absorbed into the soil underneath. The soil acts as a natural filtration system so that these contaminants won’t reach the waterways.

The urban heat island effect refers to how urban areas are usually several degrees hotter than rural areas due to the higher amount of pavement (buildings, roads, sidewalks) and less vegetation throughout cities. Paved roads and buildings absorb more light and emit more heat (thermal energy), especially when they are dark in colour. While vegetation provides a natural cooling effect on the air during evaporation, the lack of plants in cities means less naturally-cooled air. During hot weather, the urban heat island effect leads to the frequent use of air conditioners, placing a higher demand on energy consumption, and emitting more greenhouse emissions.

But there is hope to reduce this urban heat island effect with porous asphalt. Compared to regular pavement, this asphalt will trap less light and heat, emit less thermal energy, and allow for the evaporation of water in and below the asphalt.

As these researchers concluded, cigarette butts aren’t going anywhere. They will continue to litter the streets across the globe, so we may as well make use of this ever-abundant supply of waste to benefit the environment. Instead of leaving butts on the pavement, we can mix them with hot mix asphalt to become a part of the pavement, and further help to reduce the pollution that’s harming our planet.