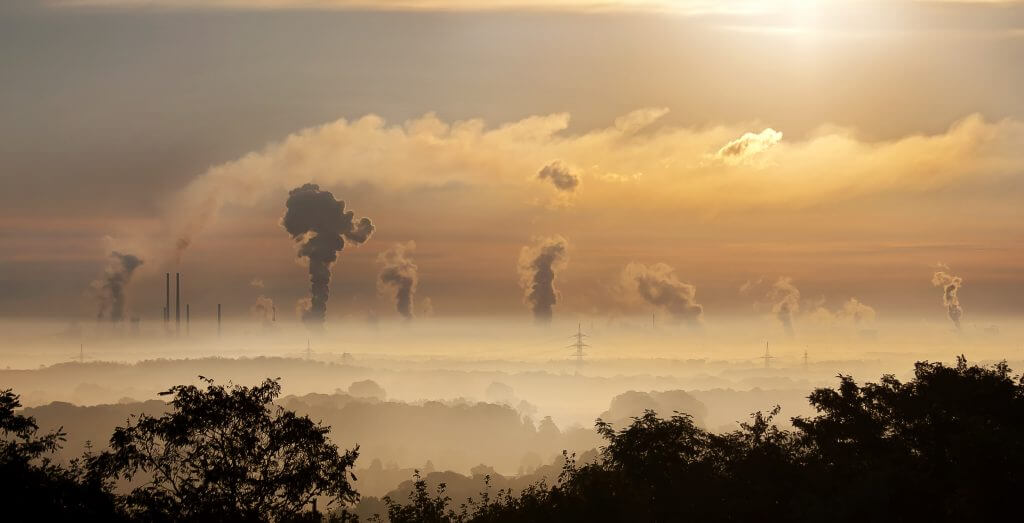 As the world’s population grows, so does the amount of polluted land, water, and air. Natural ecosystems and air quality continue to degrade, only getting worse as more emissions and waste enter the environment. This is a grave concern for natural habitats and the humans that inhabit them.

One major concern is the lack of clean, breathable air in densely-populated cities. When air quality is poor—i.e. with a smog advisory on a humid summer day—those with weakened immune systems and respiratory problems face serious health risks if they go outside and breathe in the polluted air. There are even cities where people opt to wear a mask to protect themselves from the pollutants in the air.

Raising Awareness and Making a Change

Thankfully, the expanding environmental awareness in recent years, especially with the threat of global warming, has influenced the growing interest in green technology. We’re seeing an uprising in the production of innovative technological solutions that are designed to help the environment. From electric cars to solar-paneled roofing tiles, scientists and innovators are making progress for a better, cleaner tomorrow.

One innovation that has caught the attention of both scientists and concrete suppliers alike is smog-eating concrete.

This concrete is mixed with titanium dioxide to become photocatalytic. When exposed to UV light, the titanium dioxide will decompose organic materials and airborne pollutants. Not only is this concrete able to stay clean by preventing bacteria, mold, and mildew growth, but it can clean the air of smog-producing chemicals such as nitrous oxides, sulfuric oxides, benzenes, and aldehydes. However, this concrete has only worked effectively to reduce air pollutants in hot climates so far.

In Ontario, researchers are having difficulty measuring the effectiveness of experimental photocatalytic concrete panels installed along a highway in Toronto. This ineffectiveness may be due to the freeze-thaw cycle that affects concrete, along with the salt used on roads in the winter months. But in hot, humid regions without a freeze-thaw cycle—such as Australia, India, and Hong Kong—this concrete is more effective and commonly used in construction. Italy has even seen a decrease in air pollutants since using photocatalytic-concrete-based paint to coat the walls of tunnels. With the help of UV lights, these walls stay clean and white for visibility, while also reducing smog.

One Step at a time

While there’s still much work to be done, especially for Canadian scientists and engineers, this smog-eating concrete is an exceptional innovation to help both the environment and humans to live with cleaner air, especially with the environmental effects of the ever-growing global population. If more concrete suppliers get on board with this photocatalytic concrete, and more construction companies build with it in densely populated areas, they can help to reduce harmful vehicle emissions and smog. By cleaning the air, more people will be able to breathe in fresh air without harming their health.